🎶🎸 Your Favourite Song In This Moment 🎸🎶

This is why I love pedals.

I have enough problems playing the guitar, without trying to learn to play pedals too ...

This is my Song for this moment. It's a little more gentle this time.

I've just had a thought. Am I allowed to post YouTube clips of Band songs on here?...... and will it clog up the system. 🤔

and will it clog up the system.

You should only be posting a *link* to the content, which remains hosted on the YT servers.  So minimal impact on Mark’s hosting.

I'm a bit of a technophobe so I don't know if what I've done is a *Link* or not.

Then it’s most likely that you’ve just posted a link.

But if the internet breaks overnight, it’ll be all your fault.

This is a copied link from YT...

Excellent Song choice. Takes me back. 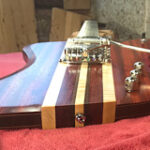 Link is fine - download would clog things up and would have copyright implications potentially.....

But if the internet breaks overnight, it’ll be all your fault.

Internet still seems to be working @russ which is probably - on balance - a good thing.

Links must be OK

My favourite that I'm trying to play at the moment is Albatros, I can't sing at all, so I like the songs that don't have any words.

You've picked a good one there Robin. Trying to emulate the mastery of Peter Green is some task though.

Astonishing musician and a haunting cover that reveals a completely different song to the Phil Spector produced version.

And how often do you see a harp guitar on stage? 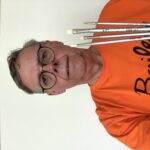 I take you all back to the seventies of the previous century, when I was a young rebel at secondary school. One of Dutch band at that time was 'Supersister'.

Four long haired guys from The Hague who played symphonic rock. The band broke up in 1979 but reunited in 2000. The reunion was short-lived as the flutist Sacha Van Geest passed away in 2001.

One of my favorite songs of this band is "Judy goes on holiday", this video is of their reunion concert.

"I never forget a face, but in your case I'll be glad to make an exception"
Groucho Marx

@frocesterbill Hi Bill, you're right. It's an age thing! It was the Long and Winding Road that Spector added huge string sections to later.