I came upon this youtube video, I thought it would be of interest. I never saw this before.

There's also a calculator on the stewmac site.

Fanned frets are where things get fun, and rather harder to build a jig for. GMC have a number of fixed ones (basically a bent over sheet of metal with the slots cut into it) but I've only seen one universal solution (which was very neat, it had vernier scales for extra precision).

I know of the others, just thought it was interesting

A universal, adjustable fan fret jig is almost impossible. There are just sooooo many variables not least of which is deciding the fret that is square to the centreline of the fret board. This affects the geometry of every other slot so it is important to know, but there doesn’t seem to be any standard. What would be more feasible is a jig that allows marked slots to be cut at any angle, with the angles being marked with a separate template. Not as neat a solution as my existing jig but probably as good as you can get without involving silly costs! It’s on my list.....!

I’ve just watched this video and I’m sorry, but there is no way that this method would be anywhere near as accurate as simply measuring each fret position from the nut. Every time he measures the next position from the previous one he is introducing a further margin of error. Even assuming that he can position his compass and square to an accuracy of 0.1mm (very debatable!) by the time he gets to to fret 20 or 22 he could be out by +/- 2mm!!! Even the tone deaf will be able to hear this degree of error!! You’d be far better off marking all of the fret positions to an accuracy of 0.25mm from the nut. If he sells pre-cut fretboards don’t buy one! Yikes!

@darrenking You're correct that there is no standard for which is the right angle fret. Strandberg seem to make it the zero fret, but they don't have a big difference in scales (just 1/2 inch between bass and treble).
Intuitively the 12th fret seems like an obvious choice, so I imagine there are some out there like that (I think Crimson have done one or more like that).
Ormsby (25.5 - 27.5) go for the 9th fret. Their reasoning is that if they drop their hand down, and then just raise it up to grab the neck without looking, their first finger (which will be the barre in a chord) lands around the 9th fret.

This is the most universal solution I have seen anyone come up with, though it's not quick.

Though I just came across this, which is an interesting approach, as it angles the fretboard rather than the saw (which makes sense considering the nature of the saw in this case)

as it angles the fretboard rather than the saw

Yup, definitely the most sensible and easiest way to go. I’ve had an idea on how to adjust for the different ‘square fret’ but I need to draw it before I can be sure that it works.

I'm going to have to draw it out, but it seems to me that an issue with fan frets may be that you have to include the string angle into your calculations, at least for the outside ones (the ones in between hopefully then work out correctly). So you can't really have a universal template.

I could be wrong (as I said I need to draw it out) but that's how it seems to me trying to juggle the diagram in my head.

that you have to include the string angle into your calculations

I think that the differences caused by small variations in nut/fretboard/bridge widths aren’t going to matter. I mean, no allowance is made for this with standard parallel fret positions.

no allowance is made for this with standard parallel fret positions.

There's no allowance to make in that case.

draw out a rectangular representing a neck (from bridge to nut) with parallel frets.
Now draw a string diagonally from bottom left to top right (an extreme case for illustration)
The string is longer than the nominal scale length, but the 12th fret is still half way along it. The 24th fret is still a quarter of the way along it. So the intonation points are correct. 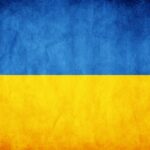 I came upon this youtube video, I thought it would be of interest. I never saw this before.

@richie718 Yeah that is cool for sure and I haven’t seen it before either. It kind of takes me back to my school days in maths class and wondering what the hell I would ever need this stuff for. Now I can see and it definitely looks fun, interesting and beautifully simple, like me. 😆

Having now watched the video I have to agree with @darrenking, in practice this would be an awful system to use, because errors will happen at every step.

As an illustration of how the numbers relate it has some educational value.

But then it would be nice if he got his terminology right, his "tangent line" isn't. At his starting point of the arc, the tangent is horizontal.

I don't think he's ever really used this method though because

a) His language is speculative "you could draw this out on a piece of paper", "you would glue it down on the fretboard"
b) If he did then the guitar he built would be so out of tune he'd not suggest it to anyone else

Right, excuse me for being ignorant but I’ve never looked into the whole fanned fret thing. What is the reason for it? Why?

Thanks in advance for my education.

What is the reason for it?

Good question!! I think the idea is that the bass response can be enhanced whilst retaining nice crisp trebles. Also, it looks cool and expensive!!

@boo there are several reasons for fanned frets (also known as multiscale or compound scale).

They vary between tonal and ergonomic.

Multiscale lets you take advantage of that.

Ergonomically, they fit your hand better. Move your hand up and down the neck like you're trying to polish it rather than play it (so the movement is not constrained by trying to match the frets). If you're like most people your elbow will stay fairly stationary and the angle of your first finger on the neck will change as you go up the neck.

Multiscale is particularly useful when you start adding strings because they problems with normal frets get magnified which is why multiscale is particularly popular on 7 and 8 string guitars. If you don't want those low strings to be either really thick or really flappy then you really need to make the neck longer. But if you do the same thing to the top strings then they need to be either really light or as tight as cheesewire.

Then you have the Distortocaster, where they're used for a completely

different reason, with a few extra visual cues they make the neck look like it's drooping.

Apparently, this is a very comfortable guitar to play. As well as the ergonomics of the frets it seems that crazy body actually fits you well sitting or standing.

They vary between tonal and ergonomic.

@jonhodgson Wow! It’s a whole different mindset really. I can now see the advantages but I couldn’t imagine trying to play an 8 string multi scale instrument. I’m sure I could learn and get used to it but I wouldn’t see it as a guitar, it’s a different instrument in my opinion. Absolutely nothing wrong with the idea and I respect the people who have the ability to play the things but I don’t think it’s for me. I would love to have a go at making one sometime as well, it would be fun.

Thanks for the info. 👍

The multiscale side of things you wouldn't even notice after a few minutes of playing, they really feel that natural.

Though saying that, when I see some of those 8+ string monstrosities the djent types like, often with no fretmarkers, I wonder how the hell they find their way around, I'd need GPS!

I wonder how the hell they find their way around, I'd need GPS!